How did I get to the point of searching for dental practices all over the world?

A year and a half ago, I decided to use my savings and invest in one thing that lost priority during the years: myself.

I was in a dire need for a complete dental re-do, so I googled around for a bit and found a dentist in Milano. He recommended 11 implants at what seemed like a reasonable and fair price, and I scheduled a procedure within days. I’m not going to tell you much about the very process, but what I will tell you is the end result – a disaster.

Now, this might seem like I’m being a bit dramatic but keep on reading and you’ll see what I mean.

First of all, 8 out of 11 implants broke within a year.

When trying to figure out how this can happen in the first place I discovered that what I had paid for was not the same as what I was sold. The implants I got were the supportive ones, created to support the real ones. So it’s really not that surprising they didn’t last – they weren’t supposed to.

Naturally, I decided to look for a solution. I went to a few other dentists in Milano and they’ve tried to come up with the resolution, but none were successful. And at that point, I’ve spent over 40.000€ on my teeth. That’s when I decided to google ‘’Best dental practices in the world low prices’’ and discovered the world of dental tourism.

How do you find the one that’s right for you?

Now, I’m no expert, but I am telling you my story, so this is how it went for me. After discovering that there are many countries included in the whole dental tourism thing, I opted for a Europian country, since that was something I was at least familiar with. Once I narrowed it to Europe, I asked a few dental offices that showed up on the search page for their offer. Most of them requested an X-ray so that they could personalize their offer. Once I sent them that, I checked their sites, social media and tried to find people who had previously had their teeth done by some of them.

After a few days, offers started coming in. There were a few that seemed too expensive, several that seemed like they had hidden fees in them (this happens often – something I also learned the hard way), and soon enough I was left with just a handful of offers.

One of the sites that sent me a few offers was Clinic Explore. Out of the three clinics they recommended, I chose the one that seemed to suit my needs the most.
The next part that helped me choose was the fact that I received a phone call from an Italian number and I had a conversation in Italian. The person on the phone asked if I’d like to talk to the surgeon personally. A surgeon is an Italian man working in Serbia (where the dental office was located). I’ve quickly searched for the man’s name and found out he was a visiting professor, someone who was on TV regularly regarding dentistry and someone who has faced many complicated cases before. For me, that was enough. But even if it weren’t, it turned out they had a few partnering offices in Italy, and a few people willing to talk to me in case I needed reassuring.
But, since I didn’t need it, we could agree on a date and arrange everything.

What we agreed to, basically, was to have the whole thing split into 2 phases.
Phase one was me coming to Serbia and fixing the damage that was previously done. Taking the implants out, and creating a new set of teeth. This was going to be a short trip.
Phase two was a bit longer and should take up to 10 days. The trips will be 6 months apart.
I was also offered deferred payment, meaning I didn’t have to pay all at once but could split the bill in 2.

Once everything was in order and I received a detailed plan of the trip and the procedure, I was ready.

I was a little bit nervous having to travel somewhere I’ve never been to. Serbia seemed like a nice country but I never really met anyone who traveled there. But soon enough I realized that all my worries were misplaced. The moment I arrived a driver from the dental office waited for me. What amazed me the most was the fact that he even knew a few words in Italian and soon enough we were talking about Serbian people and Belgrade on our way to the dentist’s office.
Once I arrived, I met the surgeon and his team. I was pleasantly surprised to see how close and friendly was the team. One might even make the mistake of thinking it’s a family business, that’s how tight they seemed. We went through the whole procedure and the price remained
12k euros we’d agreed upon. And not only that, but the stay at a four-star hotel was paid by the dental office! After agreeing to have a little rest after my travel, the nurse went to the hotel (did I mention the stay was free?) with me and helped me with my check-in. We said our goodbyes and she promised to come and pick me up at the agreed time – despite the hotel being only a 150m away from the office.

Not a single person likes having their dental procedures. Not only is it painful, but combined with my previous experiences I was truly skeptical, full of doubt and really not looking forward to it. I did get a subscription for the drugs that were supposed to help me with the pain and swelling, but I was a bit skeptical nevertheless. However, upon sitting in the chair, I was told I was going to be sedated by one of the best anesthetists in the country. And I can tell you…the experience changed everything! I was conscious the whole time, but everything seemed to have lasted for only about 10 minutes. And I was calm and not under any stress – which was weird, considering.
The procedure actually lasted for about 2 to 3 hours, and once it was done, I was once again escorted to my hotel room where a bucket of ice and cold towels waited for me. Tomorrow I had a check-up and thanks to the medication I got a day earlier I wasn’t even in pain nor swollen like a balloon. I was able to go and walk around, do a little sightseeing before coming back to Italy.

The whole first phase lasted for 3 days. The second phase is yet to come.

The 2 phases are separated by 6 months. In these 6 months, I had one routine check-up at one of their partner-offices in Padova. The X-ray I had done was free, so I saw no reason not use it.

It’s been 5 months since phase 1 and I am in contact with the doctors regularly. The second phase will last 8 days, and most of my time in Serbia will be free, so I already planned some of the activities I’ll have once I get there. The doctors in Serbia made a few recommendations themselves and we agreed to have dinner at one of Belgrade’s traditional restaurants. As for now, phase 2 seems like it’s going to be a breeze! I look forward to seeing the people I came to really like and enjoy talking to! I’m excited to learn all there is to know about the country and taste their food while smiling like an idiot with my beautiful, new smile.

Maybe I’ll even update you after all is done! 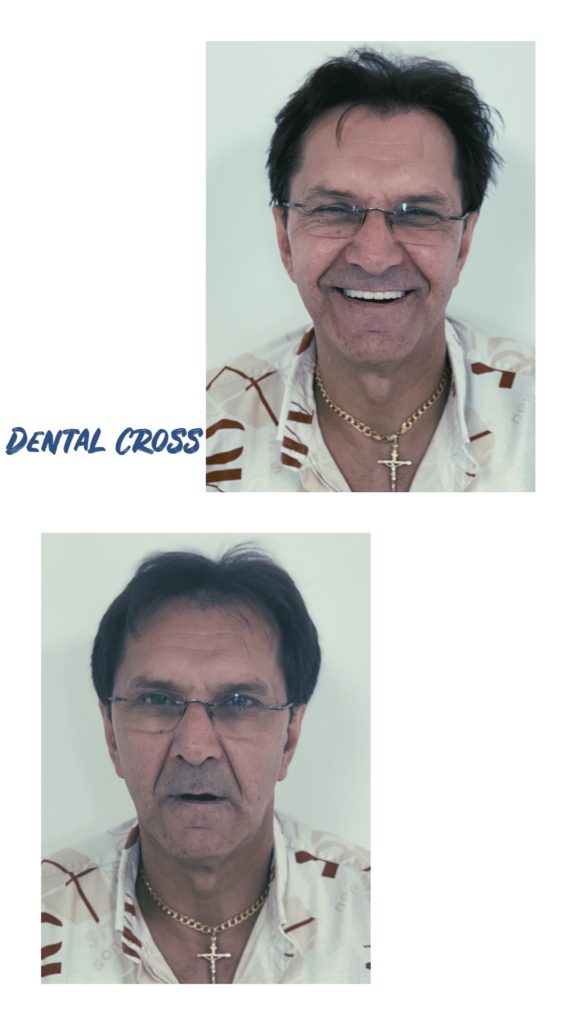